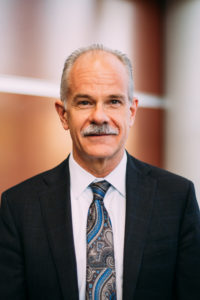 Curt Metzgar was a fifth generation Californian, who grew up in the San Fernando Valley. Curt began his legal career in 1985 as a law clerk here at Wade & Lowe, and leaves the firm as its managing director. Curt had an excellent reputation as an expert in the field of insurance coverage law. Although he is no longer with us, his spirit remains. The lawyers of Wade & Lowe are all determined to meet the high standards Curt set for us, and will never forget the leadership, guidance and friendship he provided.

For over thirty years, Curt specialized in all areas of insurance law, with a focus on third party liability coverage, declaratory relief and inter-carrier disputes. He authored many thousands of insurance coverage opinions, litigated many hundreds of declaratory relief actions and actions between carriers and provided practical advice to insurance professionals on a daily basis on complex claim handling scenarios. Curt handled numerous bad faith cases against insurance companies, as well as lawsuits against insurance agents. Finally, Curt handled dozens of writs and appeals addressing a wide variety of issues.