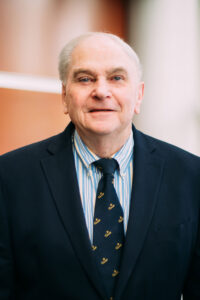 Bill Lowe was one of the firm’s founding partners in 1976. Bill began his legal career in 1973 with a large insurance defense firm where he acquired a range of experience while specializing in insurance coverage and law and motion. Bill specializes in insurance coverage issues relating to the duties to defend and indemnify actions under various liability policies.

Bill has provided over 5,000 coverage opinions in the insurance coverage area. He has filed and prosecuted countless declaratory relief actions on behalf of insurers and has over 50 trials in declaratory relief actions. He specializes in providing opinions regarding the duty to defend under a liability policy, wrongful termination, sexual harassment, discrimination, breach of contract, battery, infliction of emotional distress, economic damages, policy period, business pursuits, offense based torts, willful conduct and rights regarding independent counsel.