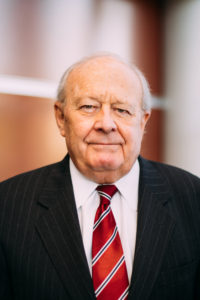 Edmond Wade is a founding director of Wade & Lowe. He specializes in automobile insurance law and coverage.

Ed began his career with an insurance defense firm in Southern California before he Bill Lowe and others started the firm of Hill, Genson, Even, Crandall & Wade in 1976, which is now Wade & Lowe.

Ed serves as an arbitrator on the State Bar Court and has been an arbitrator in the Los Angeles Superior Court arbitration program.

He is a past member of the State Bar’s Superior Court Committee and Joint Subcommittee with Judges and Lawyers regarding law and discovery.

California – 1972
U.S. District Court for the Central and Southern Districts