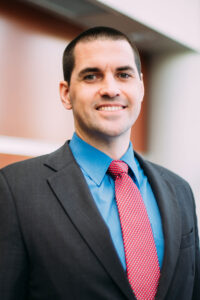 Chris Blanchard joined Wade & Lowe as a clerk in 2008 while attending La Verne College of Law in Ontario. He became a full-time associate attorney with Wade & Lowe after being admitted to the bar in 2011. Prior to joining the firm, Chris worked as an extern for the San Bernardino County District Attorney’s Appellate Services Unit.

California – 2011
U.S. District Courts for the Central and Eastern Districts